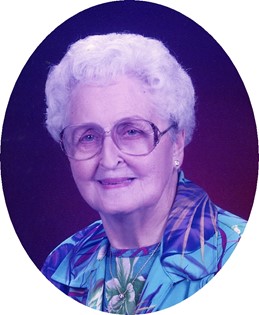 Ingebjorg Aspli Stork passed away June 23, 2021 at Morning Star Care Center in Fort Washakie, WY at the age of 95.

She was born March 25, 1926 to Oscar N. Aspli and Dorthea Tanem Aspli in Klaebu, Norway. When she was 3 months old her father came to the U.S. to seek work as Norway was in a depression. At the age of 10 Ingebjorg and her mother were finally able to join him in the U.S. They arrived in the U.S. by ship coming through Ellis Island. They lived above Dubois at the Tie Camp, where her father was working cutting ties. She attended a one room school at the Tie Camp, which was difficult as she didn’t know a word of English. At times the other children teased her because of her lack of speaking English. For that reason she was determined to learn the language. Her father always told her that “you don’t get tough by having it easy”, because of that she was a very strong, determined person. For a time she lived with the Bert Engstrom family in order to attend school. She graduated from Riverton High School in 1945. It was there that she met her high school sweetheart, William “Bill” Stork. They were married on March 22, 1947 in Riverton. They had 2 children, Karen and Richard.

She and her husband Bill owned and operated Bill Stork Autobody. After his retirement she worked for NAPA auto parts in the office. She was a 4-H leader, a member of the Rebekah Lodge, a member of the United Methodist Church and United Methodist Women. She was a member of the Hoedowners Square Dance Club. She loved music, dancing and camping. She was instrumental in encouraging School Dist. #25 to start the first Special Education classes in Riverton. The first class was held in their basement with 3 students and 1 teacher. She was able to travel to Norway 4 times as an adult to visit her relatives, in return many of them came to Riverton to visit. She enjoyed eating lunch at the Riverton Senior Center where she could visit with friends. She also enjoyed attending the Swedish Smorgasbord in Dubois where she could reconnect with friends from the Tie Camp.

She was preceded in death by her parents, husband Bill, brother-in-law Robert Stork, sister-in-law Beulah Stork Novotny, 3 nephews and numerous relatives in Norway.

She is survived by her daughter Karen (Gary) Albrandt, son Richard Stork, numerous relatives in Norway, several nieces and nephews, and many special friends.

Memorials may be made to the United Methodist Church or the Riverton Senior Center.