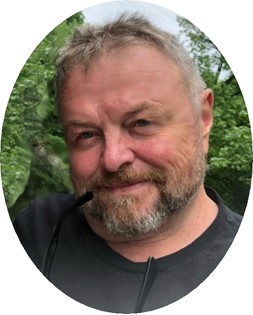 
Brett Watson, 61 of Riverton passed away on Wednesday, June 23, 2021, at the Huntsman’s Cancer Center in Salt Lake City, UT after a short battle with cancer. As were his wishes, there will be a small private family memorial service at 2:00 pm on Saturday, July 3, 2021, at Davis Funeral Home. The family realizes that many people would like to pay their respects, so staying with Brett’s wishes, there will be a short public memorial service held at 2:45 pm on Saturday, July 3, 2021, at the newly renamed Brett Watson Field on Major Avenue. After the service, a parade will go through Riverton, the town that Brett so loved, to the Riverton Country Club for another wish of Brett’s: A Celebration of Life where people will gather together to honor and celebrate a true Riverton Wolverine!

Brett Allan Watson was born in Deadwood, SD on September 25, 1959 to Dean and Darlene (Dillavou) Watson. He was the oldest of four boys, the Watson Brothers. Brett went to Jeffrey City elementary schools from 1966 – 1970 when the family moved to Riverton. He completed his education in Riverton, graduating from RHS with the class of 1978. After high school, he attended Central Wyoming College for two years before going to Laramie to the University of Wyoming where he earned his Bachelor Degree in Accounting.

While in high school, he met the love of his life, Kay Johnson. They were married on June 20, 1981 at the United Methodist Church in Riverton, WY. They just celebrated their 40th anniversary. Of this union two wonderful children were born, Jennifer and Scott.

The fall after the wedding, they moved to Laramie where he finished his degree. His first job in the banking industry was in Sterling, CO at Commercial Bank. Jennifer was born in Laramie in 1984, right before their move to Sterling, CO. Scott was born in Sterling, CO in 1986. Brett and Kay made the decision to return to Riverton so that their children would grow up around family. He then worked for First Interstate Bank for 25 years, and finally worked at Wyoming National Bank before leaving the banking industry. He then worked for Big West Oilfield Services as Comptroller until the oil industry took a down turn and the company closed. Then he changed careers and started Jensco, a small local construction company where he employed many family members and friends.

While working full time, or going to school full time, Brett always volunteered his time to help children in sports or other activities. Brett volunteered in Riverton Little League, Riverton Babe Ruth, Laramie Little League, Riverton Junior Football League, Ron Thon Wrestling, USA Wrestling, Riverton Girls Jazz Basketball, Riverton Girls Softball, and was a football official. He was also on the boards of School District 25 Recreation Board, Tonkin Foundation Inc., and School District 25 School Board. He served on the EDGE Committee Economic Development for Riverton and helped with the Riverton Medical Center in their efforts to bring a new hospital to Riverton. He was a joint commentator for the Riverton High School Football games. His volunteering started when he was a junior in high school -1976 and went until the day before his passing.

He was honored with the Scott Family Volunteer of the Year Award, Riverton Chamber of Commerce Outstanding Citizen Award, Outstanding Contribution to Amateur Football Award from the National Football Foundation and College Hall of Fame Organization, and one of the honors he was most proud of was the City of Riverton recently renamed the Riverton Junior Football League field to the “Brett Watson Field”. Being Brett, he was always humble and never wanted a big deal made about any of his efforts, although he was so very deserving of every award or honor.

Brett had an outlook that was always positive no matter what the situation was. He started the blog “Riverton above and beyond what you have heard”. Everything he wrote about was a positive regarding Riverton and its citizens. In the 2 ½ years that he wrote the blog, he made a great impact on every person in Riverton and beyond. His blog had many followers across the United States. Brett loved Riverton and what it was and all the people connected with it.

Brett loved where he lived but it did not compare to the love he had for his family and friends. He would always be there to help, support, doing whatever was needed and putting them above himself.

He was preceded in death by his grandparents, Glenn Watson, Rita Scoggins, Paul Dillavou and Stella Wagner, and mother and father in-law, Marlene and Dean Johnson;

In lieu of flowers, the family asks that you make a donation to Riverton Medical District, RJFL, Help for Health Hospice or the donation of your choice, in care of Davis Funeral Home, 2203 West Main Street, Riverton, WY 82501. On-line condolences for the family may be made at theDavisFuneralHome.com. Services are under the direction of the Davis Funeral Home.