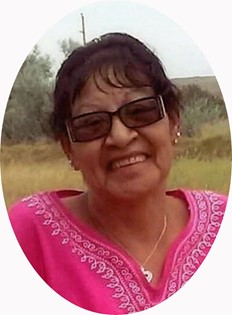 Lorraine was born on February 7, 1955, daughter of Burt Mark Addison, Sr. and Martha Delores (Washington) Addison in Riverton, WY. She spent most of her youth living in South Dakota where she graduated from OCHS high school in Pine Ridge, SD in 1975. Following graduation, Lorraine went on to the technical college, SIPI in Albuquerque, NM. She then lived in Ethete, WY for about twenty-five years but spent a year in Utah, a place that she really loved.

Lorraine worked as a Dental Assistant for the IHS Fort Washakie Dental for 20 years and enjoyed every minute of it. She also worked as a Nurse’s Assistant in Riverton, Salt Lake City and Thermopolis, as well as a CNA at the Riverton Memorial Hospital. She enjoyed cooking for the cowboys in the Owl Creek Mountains for the Arapaho Ranch in Thermopolis.