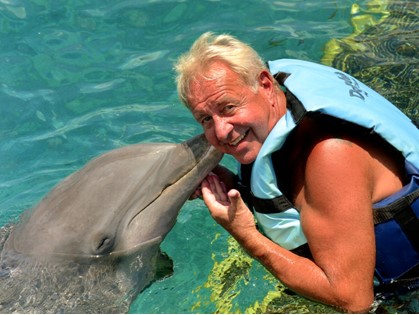 Guestbook 21
Randy T. Fleak, 69, of Riverton, Wyoming passed away Thursday, July 29, 2021 at his home following a brief illness. At this time and according to Randy’s wishes no services are scheduled. Memorials may be made to the CWC Violet C. Fleak GED Scholarship Fund, Riverton Youth Ice Hockey Association, or the Riverton Cornerstone Community Church in care of the Davis Funeral Home, 2203 W. Main Street, Riverton, WY 82501.

Randall Thaine Fleak was born December 15, 1951 to Thaine Cooper and Violet Christine (Sterkel) Fleak in Riverton. Randy attended Riverton schools and graduated Riverton High School with the class of 1970. He went on to attend Central Wyoming College where he played basketball for Coach Tony Masters on the Shaman Basketball Team, before they were known as the CWC Rustlers.

Randy spent the majority of his career in the Grocery Industry as a Manager and Senior Meat Cutter (Not as a Butcher). He began his career at Mr. D’s, Woodwards – Riverton IGA and had recently retired from Mr. D’s in Lander. He had also worked for Caballo Rojo Coal Mine in Gillette.

Many will remember Randy or the “Fleakmingo” for his fun humorous personality. He enjoyed baseball, softball, golf, fishing, camping, and four wheeling. He loved coaching his boys in basketball and baseball starting with T-Ball through Legion including Babe Ruth All-Stars. He was a member of the Riverton Elk’s Lodge and was the greeter for his church, Cornerstone Community Church.

He was preceded in death by his grandparents, Bill and Orpha Fleak; parents, Thaine and Vi Fleak; two sisters, Elaine Fleak and Wanda Fleak McMullen; and various aunts, uncles, cousins and a nephew.