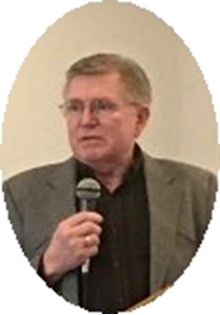 Guestbook 17
Funeral services for Dale Keith Winchester, 72, will be held at 10:00 a.m., Saturday, September 18, 2021 at Davis Funeral Home. Interment will follow at Mountain View Cemetery. Viewing will be held one hour prior to services at the funeral home Saturday.

Mr. Winchester passed away on Tuesday, September 7, 2021 at the Wyoming Medical Center in Casper, Wyoming.

Dale attended grade school in Crowheart and Morton before attending Dubois High School and moving to Sacramento, California with his family when he was 16, graduating from Encina High School in 1969.

In his younger years, Dale worked as a pin setter for a bowling alley for 2 years. In 1971, he began his career at A1 Door and Building Solutions working for his father-in-law. Dale became President of the business until it sold in 2005. In 2006, Dale started Keystone Door Building Supply, where he remained until his passing.

Mr. Winchester was a devout Christian who loved Christian ministry and helping people. Dale served on the Board of Directors of Teen Challenge, helping people with addictions. He also found enjoyment hunting.