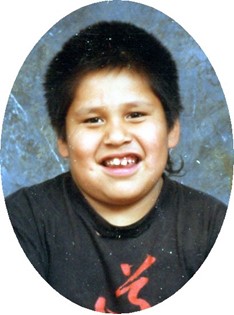 John was born on August 23, 1988 to Wanda Cheryl Willow and Darrel Lyle Moss, Sr. in Riverton.

He loved the Raiders, laughing around with his friends and fixing his mom’s car. He was of the Catholic Faith and was proud to have attained his GED a few years ago.