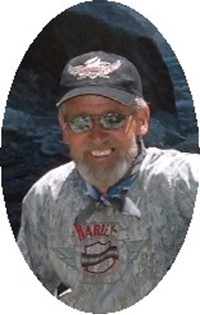 Guestbook 2
Services have already been held for Howard Thomas Troyer, 79, who passed away on Monday, September 13, 2021 at the Help for Health Hospice Home in Riverton, Wyoming. Cremation has taken place.

Howard was born on January 28, 1942, son of Harvey and Verna (Coblentz) Troyer in Mazie, Oklahoma. As a child, Howard was raised Amish but around the age of twelve, his family converted to Mennonite and were fluent in Pennsylvania Dutch. He attended Goshen College in Goshen, Indiana.

Mr. Troyer began his career in carpentry before spending the next spent ten years working at the Grand Canyon. He then went on to spend the following twenty years as a facility maintenance engineer at a golf course in Napa Valley, CA, eventually retiring in 2004, making Riverton their home.

On October 30, 1981, Howard married his loving wife Sheila at the Grand Canyon in Arizona.

He was a member of the Lions Club and was an avid motorcyclist. He and Sheila were snowbirds, spending the winters in Arizona. He loved to play pickle ball and tennis as well as golf.

He was preceded in death by his parents; brothers, Mose (Connie) Troyer and Wilbur Troyer; sister, Irene (Dale) Love.

On-line condolences may be made to the family at www.TheDavisFuneralHome.com. Arrangements are under the direction of Davis Funeral Home and Crematory.