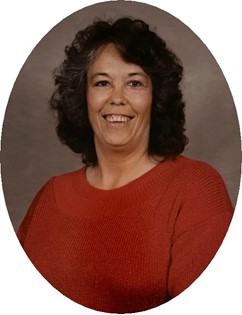 Guestbook 16
Funeral services for lifelong Riverton resident, Georgerene “Georgie” Russell, 71, will be held at 10:00 a.m., Monday, September 27, 2021 at the Neighborhood Alliance Church. Interment will follow at Mountain View Cemetery. Immedicately following graveside services, everyone is welcome to join the family at The Reach Clubhouse for a reception. Viewing will be held 6:00 p.m. until 8:00 p.m., Sunday, September 26, 2021 at Davis Funeral Home.

Mrs. Russell passed away on Monday, September 20, 2021 at the Wyoming Medical Center in Casper, Wyoming.

Georgie was born on March 28, 1950, daughter of Leo E. and Ethel G. (Harris) Cottenoir in Riverton, Wyoming. She attended St. Stephen’s Catholic School until the 10th grade until she transferred to Riverton High School where she graduated. Following graduation, Georgie attended the University of Wyoming, graduating with a Bachelor’s degree of Education and Master’s degree in Mathematics.

Her first step into the workforce began by roller skating as a Carhop for the Dash Inn/Drive In. In the 1970’s Georgie worked as a draftsman – lineman for Mountain Bell and Century 21 as a real estate agent. Georgie began her teaching career as an elementary teacher for 7 years at St. Stephen’s School, 9 years at Arapaho Elementary School and 3 years at Fort Washakie School before her last 13 years as a Math Teacher/Math Facilitator at the Riverton Middle School. During this time, she coached her students in basketball, volleyball and served as Athletic Director throughout her career.

Georgie was an active member of her local church, Neighborhood Alliance participating in the women’s group as well as taking charge of the monthly bulletin board and weekly bulletin. She also served as President of the DOES in 1986. Mrs. Russell was an enrolled member of the Eastern Shoshone Tribe.

Georgie’s most precious joy was spending time with her family. She attended any and all of her children’s and grandchildren’s activities that was humanly possible. She dreamt of visiting all 50 states, a goal she accomplished by age 65. Georgie continued to explore throughout her life, taking road trips of all kinds, to immerse herself in the beauty of the United States. Attended painting parties with daughters and watching her favorite televised sporting events while snuggling with her precious Chilupa (Chihuahua). She had a passion for reading a good drama or love story but also loved watching old movies, particularly if it had Elvis or John Wayne in them. Her most favorite movies though were Gone with the Wind and The Sound of Music. Georgie and Jim took advantage of living near the mountains, taking their family camping and fishing as often as possible. She was a legendary softball catcher, who received a sports scholarship offer through the University of Wyoming. Georgie had a particular interest in studying American History, inspired by her own personal history as allegedly being the great granddaughter of the infamous Butch Cassity.

She was preceded in death by her parents, Leo and Ethel Cottenoir; sisters, Helen Welch and Lorraine Webb and several nieces and nephews.

On-line condolences may be made to the family at www.TheDavisFuneralHome.com. Services are under the direction of Davis Funeral Home in Riverton, Wyoming.