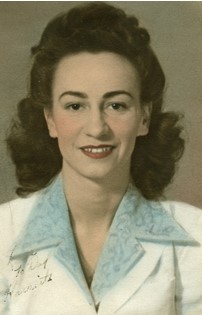 Guestbook 1
Harriet E. King of Riverton died Thursday afternoon, Dec. 11, 2008, at the Help for Health Hospice Home in Riverton. She was 89. Funeral services will be at 10 a.m. Monday, Dec. 15, at the Davis Funeral Home of Riverton with Pastor Mike Johnson officiating. A viewing will be held one hour prior to the service on Monday. Interment will follow at Mountain View Cemetery in Riverton. Harriet Elizabeth Pike was born in Crookston, Cherry County, Neb., on Aug. 31, 1919, the daughter of Albert and Mary Alice (Gaskill) Pike. She was graduated from high school in Crookston. During World War II, she worked in a defense plant in San Diego, Calif., installing electrical wires in the wings of B-26 aircraft. On Dec. 8, 1952, she married Wesley William King in Aurora, Neb., where she owned a café. After the couple moved to Riverton in 1972, Mr. and Mrs. King managed the Park Avenue Trailer Court from 1973 to 1988. Mrs. King was of the Protestant faith. In Nebraska, her family had a dance band and she was the singer. She also played the piano and acted in community plays. Survivors include her husband, Wesley William King of Riverton; a son, Gary Mitchell King and his wife Jean of Riverton; a daughter, Elizabeth Ruth King of Elko, Nev.; five grandchildren, Tony and Teresa, Shannon, Kasi, Travis, and Mitch; three great grandchildren and one great-great grandchild. She was preceded in death by her parents, and her six siblings. Memorials may be made to the Hospice Home in care of the Davis Funeral Home, 2203 West Main, Riverton WY 82501. On-line obituaries are available and condolences for the family may be made at: thedavisfuneralhome.com Services are under the direction of the Davis Funeral Home of Riverton.