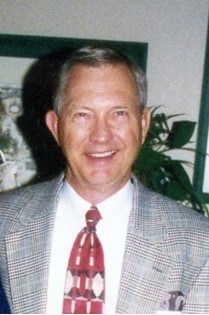 Guestbook 10
Alvin “Sparky” Olson, 82, formally of Riverton, passed away, peacefully, at Legacy Living and Rehabilitation Center in Gillette, WY on Wednesday, September 22, 2021, after a long battle with Alzheimer’s. A visitation will be from 5:30 pm to 7:00 pm at Davis Funeral Home on Friday, October 1, 2021. The funeral service will be at 9:00 am on Saturday, October 2, 2021, at St. Margaret’s Catholic Church. Interment will follow at Mountain View Cemetery with Military Honors.

Alvin Lee Olson was born on October 30, 1938 in Callaway, NE to Arthur Louis and Jesse Glee (Barrett) Olson. He grew up with his four siblings in Pavillion, WY. He graduated from Pavillion High School with the class of 1956.

He was baptized into the Catholic faith and was a member of St. Margaret’s Catholic Church.

He enlisted in the U.S. Army on January 23, 1957. He served in Japan as a Helicopter Mechanic before returning state side. He was honorably discharged at Fort Lewis, Washington on January 13, 1959.

After his military service, Sparky returned to Pavillion. He married the love of his life, Patricia Ann Robbins, on September 3, 1961 in Riverton, WY, they were married for over 49 years before she passed in 2010. They lived in Riverton, Casper, and Cheyenne, before settling in Laramie in 1963 where he enrolled at the University of Wyoming and graduated with a bachelor in Science in 1968. He and Patty moved back to Riverton in June 1968 where they made the forever home and raised their two children, Cindy and Steve. In October 2019, Sparky moved to Gillette, WY to be closer to his daughter.

Sparky worked at Susquehanna-Western for several years, did drywall for some years before attending the University of Wyoming. He then worked for Amoco, American National Bank and Dubois National Bank. He attended the Colorado School of Banking in 1972. In 1977 he was instrumental in chartering the Riverton State Bank and later acquired Dubois National Bank, he was the bank president for these until his retirement. After a couple years of retirement he went to work at Central Bank and Trust and the retired a second time in 2010.

He was an active member of the Riverton Rotary Club, Riverton Lions, Ducks Unlimited and Elks. He was also was on the board of directors for Intermountain Electric between 2008 and 2011.

When he had spare time he enjoyed golfing, fishing, hunting, traveling, was an avid photographer and enjoyed genealogy. After graduation from UW, he was a faithful Wyoming Cowboys fan.

He is survived by his daughter, Cindy Olson-Roden and her husband, Mike of Gillette, WY; son Steve Olson and his wife Kara of Laconia, NH; grandchildren, Alexander Olson and Lauren Olson; sister, Wilma “Wimp” Lozier of Thermopolis, WY; and one niece and nine nephews and family in Nebraska.