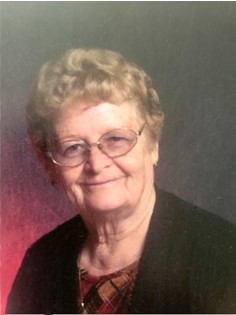 
Olive Jean Neil, 89, of Riverton passed away at her home on Sunday, September 26, 2021. Services will be held Monday, October 4, at 2 pm at the Davis Funeral Home.

Olive Jean Minard was born on November 15, 1931 in Custer, SD to Levi Roy and Susan MacRory (Gibson) Minard. She attended schools in Lingle, WY and Riverton, WY. She dropped out at the age of 16 to marry the love of her life, Doyle Neil. She did go back to school and received her G.E.D. in 1970.

She and Doyle married on November 21, 1947 at the Methodist Church in Riverton, WY. While Doyle worked for a Seismograph Company, they moved around Montana and South Dakota. When their oldest was ready to start school, they made their home and raised their children in Riverton, WY. She and Doyle were married for over 60 years before he passed on August 13, 2008. She continued to live in Riverton until November 2020 when she moved to Sundance to be closer to her youngest daughter. She recently returned to live with her 2nd oldest daughter on the farm in Paradise Valley.

Olive Jean grew up in the Methodist faith but in the 1980’s she was baptized and joined the Nazarene Church.

She worked many jobs during her life time but the last one was a school cook for Fremont School District #25.

Olive Jean was a life time member of the VFW Auxiliary. She served as President, District President, Department President and State President. She also held positions at the National level.

She was preceded in death by her husband, Doyle Neil; her parents, Levi and Susan Minard; brothers, Lyle Minard and Lloyd Minard; sister, Dorothy Mayrene White; and son, John Levi Neil and many, many in-laws, cousins, nieces and nephews and Aunts and Uncles.

Memorials may be made to the Wounded Warriors or the charity of your choice in care of Davis Funeral Home, 2203 West Main Street, Riverton, WY 82501.