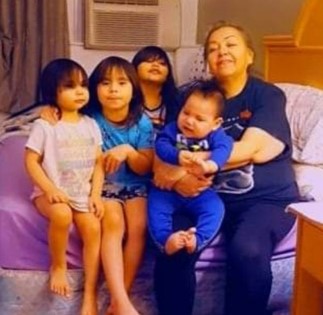 Becky passed away on October 2, 2021 at the Wyoming Medical Center in Casper, Wyoming.

She was born on December 1, 1964, daughter of Kendall Joseph Moss, Sr. and Ivora Mary (Antelope) Moss, in Lander, Wyoming. She spent most of her life living in the Riverton area but also lived in Gillette for 2 years.

Ms. Moss was a member of the Pentecostal Church.

Becky worked at the Wind River Casino for the past 9 years. She also spent time working over 5 years for the Tribal office, 11 years for the Tribal College and 2 years for the Circle of Love, Children’s Center. Becky loved spending time with her grandchildren, listen to music and playing her guitar, bass and piano. She loved to travel and attend Pow Wow’s, frequent yard sales and casinos.