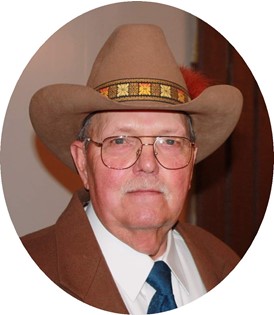 Guestbook 4
Graveside services with military honors for Ray Wilson, 76, will be held at 2:00 p.m., Friday, October 8, 2021 at Mountain View Cemetery. Memorials may be made to the Help for Health Hospice Home in care of the Davis Funeral Home, 2203 W. Main Street, Riverton, WY 82501

Mr. Wilson passed away on October 5, 2021 at the Help for Health Hospice Home in Riverton, Wyoming.

Doris Ray Wilson was born on September 9, 1945, son of Calvin D. and Nina F. (Walker) Wilson in Brinkley, Arkansas. At the age of 14, Ray was baptized with Missionary Baptist Church. He grew up in Clarendon, Arkansas, where he was the All-State Quarterback. He spent 16 years in Clarendon before moving to Memphis, TN where he lived for a short time. While in Memphis, Ray joined the Army and was stationed in Germany before moving back to California and then onto Indiana, Washington and finally settling in Wyoming.

He enjoyed spending his free time fishing, hunting, spending time with their grandkids and traveling with his wife, Judy.