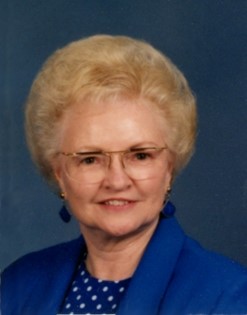 Mrs. Busch passed away on Thursday, October 14, 2021 at the Wind River Rehabilitation and Wellness of Riverton, Wyoming.

She was born on February 15, 1926 in Huntley, Wyoming to Henry and Anna (Blume) Dillman. She attended school in Hawk Springs, Wyoming and Scottsbluff, Nebraska. Frieda was baptized at the Salem Baptist Church in Scottsbluff, Nebraska and confirmed on December 9, 1947 at the Trinity Lutheran Church in Riverton, Wyoming. She earned her G.E.D. in 1968 at C.W.C.

Frieda married Herman Busch on December 4, 1945 in Scottsbluff, Nebraska. The couple moved to Riverton that same year, living in the Riverview Community until 1989. The couple welcomed two children, Richard and Anita. While in Riverton, Frieda worked at the Sears Catalog Store for 12 years and also worked at Datel and Katherine Gray.

She was preceded in death by her husband, Herman Busch in 2008; daughter, Anita; grandson, Justin; her parents; 4 sisters and 5 brothers.