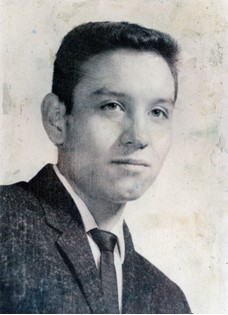 Guestbook 5
Graveside services for William Charles Watt, Sr., 76, will be held at 11:00 a.m., Friday, October 22, 2021 at the Arapaho Catholic Cemetery. Cremation has taken place under the direction of Davis Funeral Home and Crematory.

Mr. Watt passed away on October 12, 2021 at the SageWest Hospital in Riverton, WY.

He was born on December 27, 1944, son of William Watt and Lillian M. (Oldman) Chavez in Fort Washakie, Wyoming.

On November 4, 1967, he married Eleanor Jean Spoonhunter in Daly City, California. Due to the military, the couple lived in many different places including Spokane, Wa, Colorado Springs, CO, Honolulu, HI, Vandenberg Air Force Base in Lompoc, AC, Peru, IN, Berminhamin, Germany, Vietnam, Greenland and Saudi Arabia before moving back to the Wind River Reservation on May 1, 1994. William then began a 27-year career as a Social Security Representative.

William enjoyed fishing, playing his guitar in the Sand Creek Band, traveling and supporting his grandchildren in their sporting activities.