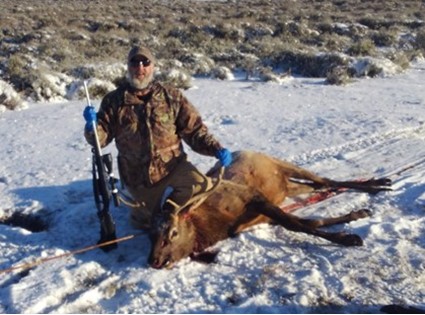 Guestbook 13
A celebration of life will be held at a later date for Bernard “Ben” Andrew Cole, 63, who passed away on October 18, 2021 at his home in Riverton, Wyoming. Cremation has taken place under the direction of Davis Funeral Home and Crematory.

Ben was born on March 22, 1958, in Mount Clemens, Michigan, son of Vern and Pat Cole. He lived in Michigan until he was 7 years old, when the family moved to Powder, WY. He attended Poison Spider school in Casper, Wyoming. Ben moved to Riverton, in 1977, where he has remained until his passing. He met the love of his life, Jeannie in January of 1983, marrying her on September 15, 1984.

Ben loved to “be in the wind” until he couldn’t ride anymore. He loved his dogs and was an avid hunter and outdoorsman.

He was preceded in death by his parents, Pat and Vern Cole; and mother in-law and father in-law, Joyce and Jim Mole.