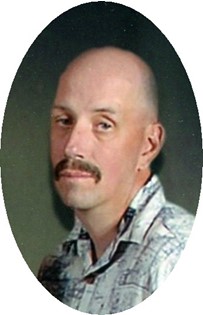 Mr. Grasmick passed away on Sunday, October 17, 2021 in Riverton, Wyoming.

He attended school in Shoshoni, graduating in 1984 before attending Central Wyoming College from September of 1984 until May of 1986 and then again from 2011 until 2013. In June of 1986, Mike served in the United States Navy from June of 1986 until June of 1990, stationed on the USS Midway CV-41. The following four years, he remained in the Naval Reserve.

Mike was a member of St. Margaret’s Catholic Church.

Mike had a passion for Astronomy and enjoyed watching the Denver Broncos football and the Denver Rockies Baseball as well as military programs and documentaries. He relished his time with his family during family gatherings and holidays. Pinochle was a game he was fond of playing with his family and friends at the Riverton Senior Center. Mike appreciated the outdoors while camping and fishing. Mike also enjoyed attending Knights of Columbus functions during the Lent Season.

He was preceded in death by his dad, Kenneth Grasmick, Sr. Memorials may be made to the Riverton Senior Center in care of the Davis Funeral Home, 2203 W. Main Street, Riverton, WY 82501.