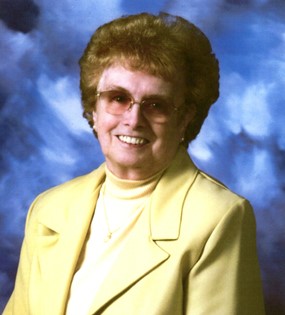 Guestbook 6
Mary Kornder, 96, of Riverton passed away at Westward Heights Care Center in Lander, WY. A memorial service will be held at 11:00 am on Saturday, October 23, 2021, at Davis Funeral Home.

Mary Elizabeth Flint was born to Clayton O. Flint and Pearl Belle Hatch on July 24, 1925 in Delhi, New York. She was baptized and confirmed in the Episcopal Church. She spent her childhood in Delhi and graduated from Delaware Academy in June 1943. After graduation she worked in a defense plant for one year before leaving New York State for Grand Junction, Colorado. She worked in the bank there for 3 years, met her future husband, a sailor from Montana, Herbert L. Eastman. They married in San Diego, California on March 9, 1946. They had three children, Cheryl Ann, William Lee, and Diana Lynn.

After her husband’s discharge from the Navy, the moved to Nashua, Montana where he worked as an electrical contractor building sub-stations. Because of his job the family had to move throughout the United States about every 3 to 4 months. Last move was to Riverton, Wyoming in 1960, where they stayed and called home. The divorced on December 15, 1966.

Mary worked for the local Ford dealership for 45 years going through 4 different owners. She retired at the age of 82 in 2007.

She met Donald B. Kornder, a fellow employee and after a 26 year courtship they were married on September 20, 2000 in Las Vegas, Nevada. Don lost his battle to cancer on January 2010. They did a lot of traveling from the East Coast to the West Coast and also in to Canada and Mexico.

Hobbies over the years included roller-skating, ice-skating, swimming, bowling, dancing, pool, traveling and attending horse races and stock car races. Now and then she tried her luck at the casino.

She was preceded in death by her parents, husbands, Herbert Eastman and Don Kornder; son, William Eastman; and grandson, Troy Baldes. Memorials may be made to PAWS in care of Davis Funeral Home, 2203 West Main Street, Riverton, WY 82501.