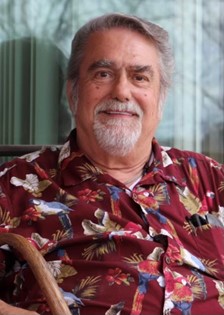 Guestbook 6
A celebration of life will be held graveside 2:00 pm for John Richard Sabey, 74, Saturday, October 23, 2021 at Mountain View cemetery in Riverton Wyoming. Mr. Sabey passed away on Saturday, October 16, 2021 at his home.

In 1965, he graduated from Hillcrest High school in Midvale, Utah. During his high school years he drove a 1962 Spyder, he worked at JC Penny and Gardner Engineering. He sang in the choir, was a member of various clubs, and he earned his Eagle Scout award. Following high school he served a mission for the church of Jesus Christ of Latter Day Saints in Peru.

On March 2, 1973, John was married to the love of his life, Beverly Ann Swensen in Salt Lake City Utah. The couple soon moved to Riverton Wyoming where they raised their family. During their 48 years of marriage John was an attentive husband to Beverly and a loving father to their four daughters.

John was known as a Jack of all trades as well as an amazing craftsman; making bows, arrows, swords, daggers, and much more. He paid attention to detail and honored the cultural and historical processes in the making of his art. Most of these items were made as gifts. He put much thought into them, fabricating unique creations for family members and friends. These items are treasured by those recipients. John was also known as a wordsmith, he loved learning and literature and he wrote beautiful poetry. He was adventurous and enjoyed trying new foods, the stranger the better. He had a larger than life personality and never met a stranger. He loved all the creatures of the earth and had a relationship with the The Creator.

He was preceded in death by his parents, Earl and Viola Sabey; brother, Donald Sabey; sister Marilyn Wilson; son in law, Ryan Ivie and extended family.

Online condolences can be made to the family at www.thedavisfuneralhome.com

Services are under direction of the Davis Funeral Home.