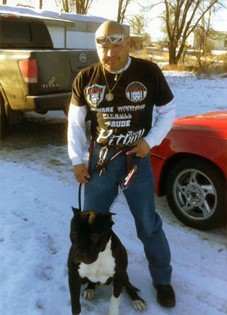 Antonio Rae Barajas was born on July 10, 1973 to Dolores and Juanita (Lopez) Barajas in Jacksonville, Texas. As a young child the family moved to Riverton, WY where Tony attended and graduated from Riverton High School. Tony made Riverton his forever home.

After high school he went to work in the oil field on the rigs. When the boom was over he worked for a concrete company and finally was a medical assistant for Frontier.

Tony enjoyed playing pool, camping, fishing, and working on his hot rod truck. But above all he loved spending time with his family.

He belonged to both a pool league and a dart league.