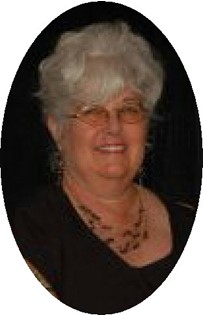 Guestbook 1
No services are scheduled for Lynne Gardner, 67, who passed peacefully in her home on Monday, October 18, 2021 in Riverton, Wyoming. Cremation has taken place under the direction of Davis Funeral Home and Crematory.

In 1971, she graduated from Lander Valley High School before receiving her Associate’s Degree from Central Wyoming College.

On October 12, 1974, Lynne married Charles O. Gardner in Lander, Wyoming. She and her husband operated their farm for many years in the Missouri Valley. In 2006, Lynne moved to Rock Springs and lived there until 2014, when she moved back to Riverton.

Mrs. Gardner was baptized into the Episcopal faith and was a member of the Missouri Valley Women’s Club. She enjoyed sewing and gardening as well as raising her family and loved her dog, Ace.

She was preceded in death by her parents, Thomas and Amy Hainworth; sisters, Mary E. Ledger and Sara J. Hainworth.

Memorials may be made the Paws for Life Animal Shelter in care of the Davis Funeral Home, 2203 W. Main Street, Riverton, WY 82501.