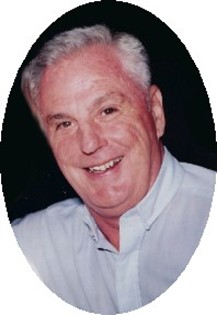 Guestbook 0
Pastor Peter C. Ensor, 83, of Dubois, Wyoming, passed away Tuesday, October 26, 2021 at the Help for Health Hospice Home. Cremation has taken place and a memorial service will be held in the spring of 2022.

Peter Crane Ensor was born March 13, 1938 in Cambridge, Massachusetts to Howard and Florence (DeBrock) Ensor. He grew up in the Arlington, MA area and went to Buckingham Browne & Nichols Private School in Cambridge. Graduated in 1956.

He then joined the U.S. Marine Corp and was honorably discharged in 1956.

He graduated from Hamilton College in Clinton, NY in 1960.

On June 30, 1962, he married Elizabeth Jean Donnelley in Boise, Idaho at St. Michael’s Episcopal cathedral. The couple was married for 60 years, and had two daughters, Kate and Molly.

In 1963 he graduated from getting his Masters of Art Degree in Episcopal Theological from Divinity Episcopal Seminary in Cambridge, MA and also attended classes at Harvard.

They lived in Cambridge for a year and then moved to Wilmington, Delaware where Peter was an assistant in an Episcopal church for approximately three years.

Peter had the honor of marching with Martin Luther King in Selma, AL, March 25, 1965. Dupont flew Peter and his fellow Episcopalian priests to Selma.

Then they moved to South Burro, MA where he worked for St. Mark’s school for seven years, as an assistant chaplain and started teaching theology and was a football and baseball coach. Peter had a great love for coaching and several of his student athletes continued to keep in touch with him and would call him on his birthday.

They then moved to Dallas, TX where he was a chaplain at the St. Mark’s School, also taught theology and was the defensive coordinator for football. Then on to Fort Worth, TX where he was the pastor.

After that they moved back to Dallas for a while and then on to St. Margaret’s in San Juan Capistrano, California where he was the pastor.

Peter and Jean moved to their home in Dubois, Wyoming to Rector the St. Thomas Episcopal Church in 2000 where he served until his retirement five years later.

Peter loved sports and spreading the Word of the Lord. He had a great love for people, his family and his church. Peter and Jean especially enjoyed traveling, including 16 trips to Europe.

He is preceded in death by his parents, Howard and Florence Ensor; and daughter, Kate Parrett.

Memorials may be made to the St. Thomas Episcopal Church in Dubois, Wyoming in care of the Davis Funeral Home, 2203 W. Main Street, Riverton, Wyoming 82501