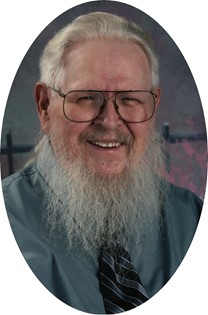 
Funeral services for Alfred James White will be held at 2:00 p.m., Wednesday, November 3, 2021 at Davis Funeral Home. Interment will follow at Lake View Cemetery. A Viewing will be held one hour prior to services at the funeral home.

Alfred James White, 78, passed away October 28, 2021 after a lengthy illness. AJ was born September 21, 1943 to Alfred E. and Alma L. (Beaver) White in Parsons, Kansas where he was raised with 3 older sisters, two of which were twins. His parents later divorced. Alma married Glenn C. Paulson in 1947. To this union was born another sister and a brother. AJ was a hard worker, first as a paperboy then beginning part-time at age14 at S&H Kress 5 and 10, working full-time in the summers. He also worked full-time at Anchortite some summers.

AJ married Karen K. Knewtson in 1962. At the time of his death, they were married 59 years. AJ earned an Associate degree from Parsons Junior College, graduated from Kansas State Teachers College with a Bachelor of Science in Education, and earned his Master’s Degree in Library Science from Emporia State College, Emporia, Kansas.

AJ taught 7-12 English, Social Studies, was a school librarian, and became a school principle 5 years before moving to Wyoming in 1977. In October, AJ opened White’s Buffalo Sporting Goods in Shoshoni, Wyoming. When needed he did substitute teaching and was librarian for Shoshoni School.

AJ was very involved in Muzzle loading groups. In Kansas, he and Russ Martin founded The Santa Fe Trail Plainsmen, later; he and others founded Robidoux Muzzleloaders. AJ became the Kansas representative to the National Muzzleloaders Association. After moving to Wyoming, AJ was very active in the Wind River Muzzleloaders and served many positions within the club. He was one of the founding members of the Wyoming State Muzzleloaders. He represented Wyoming to the National Muzzleloading Association. He was elected to their National Board of Directors. He was also instrumental in the preservation of the 1838 Rendevous site, near Riverton, Wyoming. AJ shared his knowledge and expertise of 1830’s time period. He had a very positive impact on the Muzzleloading community locally and nationally.

Memorials may be made to Wyoming State Muzzleloaders Association or Alzheimer’s Association.