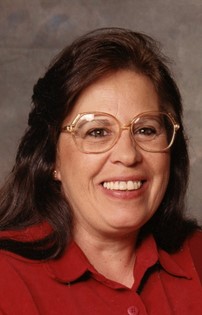 
Peggy Snyder of Riverton passed away at her home in Riverton on Wednesday, October 27, 2021, at the age of 70. A memorial service will be held 10:00 am Friday, November 5, 2021 at the Davis Funeral Home in Riverton. A reception will follow at the Reach Foundation, 622 N. 8th West Street all are welcome to attend to share stories and enjoy some food. Private inurnment will be held in Lander at Mount Hope Cemetery where she will be laid to rest with her mom at a later date.

Peggy was born September 4, 1951 in La Harpe, Illinois, she grew up in Lander and graduated from LVHS in 1971. She married Larry “Dusty” Goodrich on March 26, 1976; the couple raised three daughters in Lander. Years after the two divorced she married Bill Snyder on December 27, 1999.

Peggy was a cook the majority of her life working for 30+ years at the Wyoming State Training School in Lander as a Cook and as an aide. She later moved to Riverton where she continued her work as a cook at Homestead Assisted Living and many District 25 schools but was currently cooking for Frontier Academy in Riverton “feeding her kids.”

She loved spending time with her family with her favorite time being spent with her grandchildren gathering them up taking them all on a “Date” to have ice cream at Dairy queen, or decorating cookies at Christmas time. She also enjoyed the time she got to spend on the mountain camping, snow machining, or riding four-wheelers with her husband Bill. In her quiet time she loved doing puzzles of any kind.

She is preceded in death by her mother, Lois and Fritz Meredith.

Online condolences may be made at TheDavisFuneralHome.com