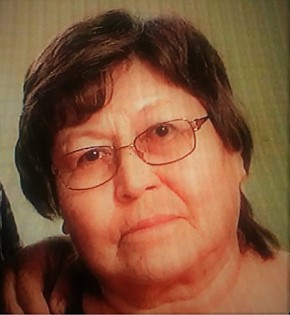 Guestbook 15
Funeral services for Bernice Ann Miller will be held on Tuesday, November 9th at the Davis Funeral Home at 10 am. A rosary will be recited on Monday, Nov. 8th at 7:00 p.m. in the family home, at 476 Left Hand Ditch Road with the wake to follow.

She attended schools atSt. Stephens and Riverton High School. After school Mrs. Miller worked at Arapahoe school as a teacher aide for a year before leaving and marrying Mr. William F. Miller.

She traveled the state working for a construction company called Gilpatrick Construction. She was a flagger until the company job site ended she and Mr. Miller returned home and in 1973. She became a nurse's aide at Riverton Memorial Hospital. While she was working as a nurse's aide she attended CWC to get her RN degree. In 1991, she graduated CWC's nursing program. After she left Riverton Memorial Hospital she started her RN career at Lander Memorial Hospital for one year. She was accepted to Indian Health Service in 1995. She continued to work for IHS until her retirement in 2013.

Her hobbies included beading, taking photographs, collecting butterflies, and going to country concerts with her friends. She loved being close to her grandkids and great grandkids.

We, the Miller family deeply apologize if we missed anyone else that we forgot to mention. We also ask friends and family to wear mask to keep health and safety for others around us at this time.