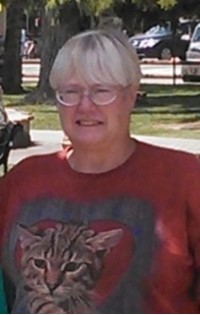 Guestbook 12
Paula Morehead, 68, of Riverton passed away at the Sage West Hospital – Lander on Thursday, November 4, 2021. Cremation has taken place and a memorial service will be held at a later date.

Paula Rae Williams was born on October 26, 1953, in Amarillo, TX to J.R. and Mary Pauline (Spicer) Williams. She grew up in Amarillo, TX and graduated from Caprock High School with the class of 1972. She continued to live in Amarillo until 1976 when she moved to Moore, OK where she lived until 1990 when the family made the move to Riverton, WY.

On August 30, 1974, she married Joe Keith Morehead in Amarillo, TX. They celebrated their 47th anniversary this last August. Together they raised their daughter Miranda and son Shawn. She also helped her daughter in raising her grandson Raine.

Because of her interests she spent most of her life in the medical professions that include the Riverton Memorial Hospital in Riverton, Dr. Mardan Brown, D.M, Dr. Bill Wilson, DVM, and finally Dr. Jake Hall, DVM at High Country Veterinary Service.

Paula was an Animal Lover and movie/music enthusiast. She liked traveling, and she loved taking care of, and spending time with her family. Her favorite place to be was riding horses at Palo Duro Canyon State Park near Amarillo Texas, her second was the Yellowstone National Park.

Paula also considered Eutana Smith-Brening , Jennifer Person and Molly Hobbs as her own daughters and essentially adopted them into her family. She was preceded in death by her parents, J.R. Williams and Mary P Williams.