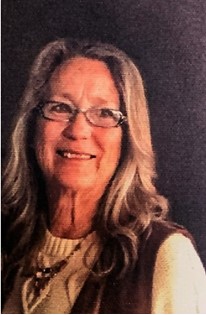 “I love you. Goodbye!” was how Karen Sue (Davis) Hosey finished every single phone call. Karen unexpectedly said goodbye for the last time on October 28, 2021 in Wyoming, with her husband, Fred, by her side.

She was born June 26, 1950 in Morgantown, West Virginia, to Naomi “Cookie” (Rush) and Homer Davis Jr. of Westover, West Virginia. She graduated from Morgantown High School in 1968.

She loved the mountains of the West, so in 1978 she, her son Chris, and her then-boyfriend, Fred, loaded up her van and headed to British Columbia, Canada, and the adventures began.

She married the love of her life, Fredrick (Fred) Mitchell Hosey, on July 1, 1979 in Reno, Nevada. They settled in Yaak, Montana where Fred was a logger and they had two sons, Josh and Caleb.

She and Fred moved back to Morgantown, West Virginia in 1984 and built the “Lodge.” They owned and operated Circle H Outfitters and horse riding stable near Coopers Rock, known to many as the “Mountain.” The Circle H was popular in Morgantown for lodge stays and special events such as birthday parties, hayrides, family reunions, weddings, carriage and sleigh rides, overnight pack trips and a horse packing school. It was a gathering place for family and friends whom Karen and Fred always welcomed with open arms and enjoyed “horsing around,” as she called it.

She missed the mountains of the West and in 2008 they moved to Dubois, Wyoming, where they managed the Wyoming Game and Fish Conservation Camp from 2011 to 2017.

Nothing gave Karen more pleasure than sharing her home with family and friends. She never met a stranger and showed kindness to all. She loved the West for its wide-open spaces, its big sky and she was always sharing pictures of wildlife, grizzly bear videos and the beautiful weather with everyone. She once even shot a coyote from her cabin kitchen window.

She was preceded in death by her parents; and 10 months ago, by her younger brother, Jeffrey Lee Davis, of Morgantown.

A celebration of Karen’s life is being planned for the near future.

From everyone who loves you, Karen Sue, “We love you, Goodbye…Woman”