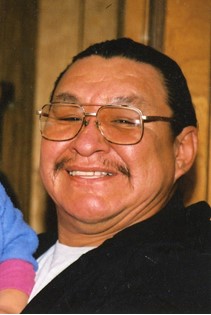 Mr. Addison passed away on Friday, November 5, 2021 in Casper, Wyoming.

He was born on September 26, 1956, son of Mervin R. Addison, Sr. and Stella Marie (White Antelope) Addison in Riverton, Wyoming. William attended Mill Creek Elementary. While he attended Wyoming Indian School, William was known as an outstanding athlete in all sports. Mr. Addison earned his Associates Degree from Casper College. He grew up on the Wind River Reservation until 2001, when he moved to Casper, Wyoming where he remained until his passing.

William enjoyed listening to music and playing his guitar, watching movies and spending time with his friends and family. He especially enjoyed watching his children in their daily activities.

In his teens, he began working at the Arapaho Ranch. He served as a fire fighter for Shoshone and Arapaho forestry service. He also worked on the oil rigs and for the Shoshone and Arapaho Early Head Start Program. His most recent job was working as a custodian for Natrona County High School.