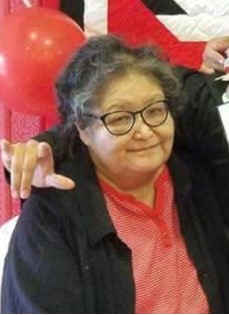 Cindy passed away on Saturday, November 6, 2021 at the Wyoming Medical Center in Casper, Wyoming.

She was born on January 9, 1951, daughter of Daniel Dodge Sr. and Mary Patricia (Bell) Dodge in Riverton, Wyoming. Cindy spent her entire life living on the Wind River Reservation.