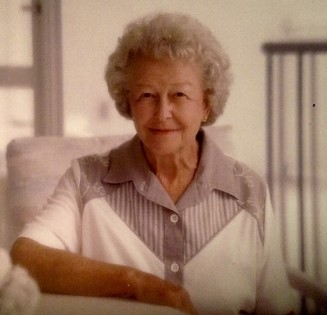 Guestbook 4
Jackie Coates, passed away November 8th 2021 at Westward Heights Care Center in Lander, WY. She was 93 years old. According to her wishes cremation has taken place and she will be laid to rest at Mountain View Cemetery in Riverton with family.

Jacqualine Amelia was born January 9, 1928 in Riverton, Wyoming to Fredrick William (Bill) Chopping and Arrah Fairy Ridgeway Chopping. They had three children. Geraldine, Jacqualine and William (Bill) Chopping. Jackie’s father Bill and all the Chopping brothers moved to Riverton, Wyoming around 1911. Bill owned and operated the West Drive In on Main Street in Riverton.

Jackie married Robert John Coates in 1947 after graduating from Riverton High School. They had a son, Daniel Paul Coates and a daughter, Shayne Marie Coates they raised in Riverton. Jackie moved to Sunnyvale, California in 1967 where she worked for Motorola as a Safety Engineer until she retired in 1983. She then returned to Riverton in 1998 to be near her loved ones and enjoy her retirement.

She loved spending time with her family. Her favorite pastimes were tennis, painting and line dancing at the Senior Center. Her favorite time was spent snow birding in Why, Arizona with her longtime partner Robert Andrews.

Memorials may be made to the Riverton Senior Center in care of the Davis Funeral Home, 2203 W. Main Street, Riverton, WY 82501.