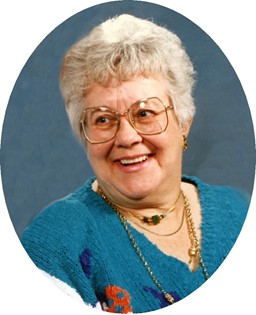 Guestbook 9
Celia “Jo” Meyers of Riverton passed away surrounded by her family at Sage West Hospital – Riverton on Wednesday, November 10, 2021. A graveside service will be held at 1:00 pm on Saturday, November 20, 2021, at Mountain View Cemetery in Riverton.

Celia Jo Arnold was born in late summer of 1933 in Sheridan, WY to Cecil and Marietta Arnold. She was the eldest of seven children. She started school in Sheridan then during WWII the family traveled with the construction industry to various places in Wyoming. The favorite places were near present day Kelley in the Tetons and the old Moran Junction. After moving from Farson to Lander to rebuild Taylor and other ditches and canals, it was decided to headquarter there. Jo graduated from Fremont County Vocational High School with the class of 1951. She then attended the Airline Institute of Ohama in 1952 to become a ticket taker. She also attended Casper College until she met her husband.

Jo was of the Baptist faith and practiced it daily.

On September 19, 1953 in Billings, MT she married the love of her life, Kenneth D. Meyers. They were married over 54 years before Kenneth passed in 2008. Together they raised five children. After a brief stay in Lander they moved to Casper and then onto mining and construction locals, Gas Hills, Jeffery City, Shirley Basin, and Rawlins. Jo was able to be a stay at home mother. After the uranium phased out they lived in Challis, ID where she worked at the local cable office while Ken worked in the Thomas Creek Molybdenum Mine. In 1987 they were transferred to Bagdad, AZ where they lived until retirement in 1997.

Jo loved large gatherings, was an extremely avid reader especially history of Wyoming, facts and legends. She felt fortunate to travel extensively in the Western United States and the backcountry in AZ. She was a collector of old dishes, plates, kitchen utensils, tins, and southwest art and crafts. Jo was a 30 year member of the Arapahoe Homemakers, with friends and neighbors, met many wonderful people thru out the years. She also felt fortunate to have positive life influences of parents and grandmother.

She was preceded in death by her parents, Cecil and Marietta Arnold; husband, Kenneth Meyers; sons, Scott Meyers and Cecil “Casey” Meyers; and sisters, “Deb” Trimmer and Jeannie Appleby-Pirot.