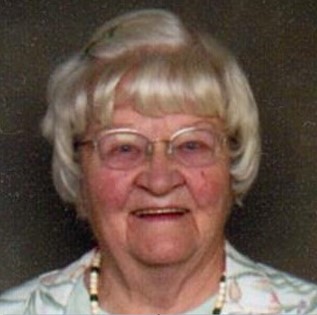 Guestbook 3
Nellie Rose, 93, of Pavillion passed away on Saturday, November 13, 2021, at Westward Heights Care Center in Lander. Graveside services will be held at 2:00 pm on Friday, November 19, 2021, at the Dubois Cemetery.

Nellie Josephine Hammer was born on December 3, 1927 in Saratoga, WY to Lee Albertis and Oma Iza (Robinson) Hammer. She grew up in Encampment, WY where she attended school.

Nellie was baptized into the Jesus Christ of Latter-day Saints faith and was a strong believer.

On August 11, 1943 in Reno, NV she married Irven Ray Rose. They shared over 57 years together before his passing in June of 2000. They raised four children.

She worked as a net mender on a commercial fishing boat where her husband was a commercial fisherman in Cordova, Alaska until retirement. Following retirement, the couple moved to Encampment, Wyoming before moving to Dubois, Wyoming and finally onto Pavillion, Wyoming. After Ray passed away, Nellie lived with her daughter, Bonnie and her husband Ron and spent the winter months living with her son, Ron and his wife, Pat in Arizona.

Nellie enjoyed gardening and was quite the quilter.

She was preceded in death by her parents, Lee and Oma Hammer; husband Irven Rose; and son, Ronald Rose; daughter, Gloria.