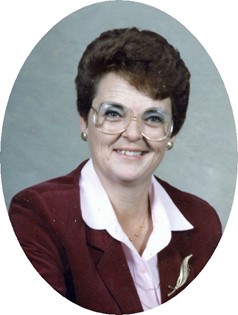 Cora Jean Partridge was born on August 22, 1938 in Riverton, WY to Slim and Gertie Partridge. She grew up in Shoshoni and attended school there graduating with the class of 1956 from Shoshoni High School.

Cora was a member of the First Baptist Church in Riverton.

On May 28, 1960 she married Jim Humphries in Riverton, WY. They made Riverton their forever home and raised the boys, Kelly R. and Kelvin L.

She worked for Temple Drug, Bi Rite Drug, American National Bank, First Interstate Bank, and DH Print. After retirement she was a foster grandparent at Ashgrove School for five years.

Cora love spending time with her family, doing things for her family, sewing, macramé, baking, board games, hunting, camping, fishing, and snowmobiling. She was very involved with her boys and grandchildren.

She is survived by her sons, Kelly R. Humphries and Kelvin L Humphries; and five grandchildren, Becky, Justin, Jessica, James, and Zane.

She was preceded in death by her parents, Slim and Gertie Partridge; husband, Jim Humphries; and grandson, Jesse Humphries.