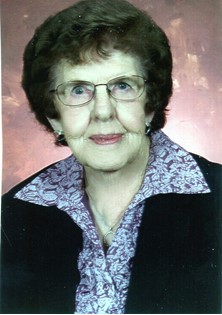 Guestbook 4
Services for Betty Wiedeman will be held at 2:00 pm on Monday, November 29, 2021, at Trinity Lutheran Church. Inurnment will follow at Mountain View Cemetery.

Betty Jane (Groskop) Wiedeman was born November 7, 1928 to Alex and Marie Groskop in Gering, Nebraska. She went to be with her Savior November 19, 2021 at the age of 93. She was the oldest of 4 daughters. She grew up on the farm in the Gering Valley, attending school in a two room school house before moving onto Gering High School.

Betty wed Frederick Wiedeman in Scottsbluff, Nebraska on January 16, 1947. They were married 49 and one half years before his passing in 1990. Two children were born to them, son David and daughter Fredella.

While living in Riverton, Betty held several jobs including working at Datel, Katherine Grey, Fremont Motor, and then spending the last of her 38 working years building compasses at Brunton Company. She was extremely proud that thousands of compasses she made over the years were used by the military all over the world. Her hobbies included crossword puzzels and going to the casino.