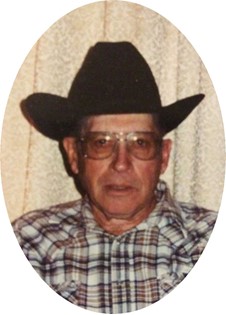 Mr. Penney passed away on November 21, 2021 at the Help for Health Hospice Home in Riverton, Wyoming.

Roger served in the Armed forces of the United States Wisconsin National Guard for three years during the Korean War. He was Honorably Discharged on January 28, 1959.

While growing up, he worked the family dairy farm along with keeping other jobs. He graduated high school in Amherst, Wisconsin and soon began working on the railroad. Roger fell in love with Wyoming during a hunting trip and immediately moved here.

He married Doris Penney and the couple had 5 children; Keith, Ron, Jerry, Nancy and Debra. His three sons preceded him in death. After Doris passed away, Roger married Elsie. They were married 15 years before Elsie passed away. Roger found a soul mate in AnneBelle Bachelor and the couple enjoyed companionship for the past 8 years.

Mr. Penney worked very hard to provide for his family. Some of the jobs he had during his lifetime were hunting outfitter, cutting timber, stone mason, bartender, carpenter, rough neck in the oil field but he especially liked building log homes with natural stone work.

Roger was known for always being ready and willing to help his friends and family in their endeavors. He loved spending time in the Wyoming mountains hunting and fishing.

He will be missed for his quick wit and super sense of humor. He loved to tease.