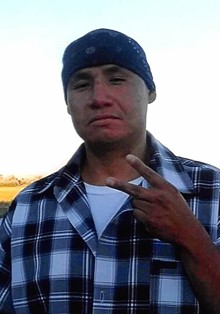 He worked at the casino doing outdoor work.

JR loved basketball and had a compassion for animals. He was known for his big heart and caring about people. He would go out of his way to help them out, check on them, and he was a generous person.

Surviving the families of Shakespeare, SunRhodes, Moss, Blackman, Blackburn, Headley, Friday, and Piper. Please accept our apologizes if we have left anyone out during our time of grieving.