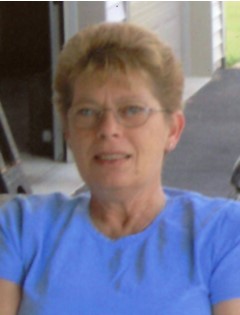 Guestbook 4
Funeral services for Jeanine M. Morgan of Riverton will be at 10 a.m. Tuesday, Dec. 23, at the Calvary Baptist Church in Riverton. Officiating will be Dr. George Riddell of Williamstown, N.J., and Dr. Ken Trivette of Chattanooga, Tenn. Interment will follow at Mountain View Cemetery in Riverton. Evangelist Rome Wager of Dulce, N.M., will preside. Mrs. Morgan died Wednesday night, Dec. 17, 2008, at Riverton Memorial Hospital. She was 50 years old. Jeanine Marie Wason was born in Philadelphia, Penn., on Jan. 3, 1958, the daughter of James Edward Wason and Mary Caroline (Hardy) Wason. On Aug. 29, 1979, she married Richard Morgan in Williamstown, N.J. The family moved to Riverton in May of 1989, coming here after living in New Mexico for eight years. She attended Faith Theological Seminary West in Riverton. Mrs. Morgan had been a pastor's wife for 26 years. She was a member of the Open Bible Baptist Church in Williamstown, N.J., and was a Christian school teacher at Calvary Baptist Church in Riverton for 17 years. She was very active at the Calvary Baptist Church, where her husband was pastor. They had been church planners for eight years in New Mexico before coming to Riverton 20 years ago. Mrs. Morgan was also the activities director at Wind River Healthcare and Rehabilitation Center in Riverton. Her family said she was a family-centered homemaker who loved roller coasters, reading murder mysteries, sewing, and collecting Christmas decorations. Survivors include her husband Dr. Richard Morgan, Sr.; sons, Richard Morgan, Jr., Anthony Morgan and his wife Laurie, and Zechariah Morgan and his wife Sierra, all of Riverton; grandchildren, Matthew, Trinity, Bradley, and Emma Morgan; brothers, Bill Wason and his wife Nancy of Illinois, Roger Wason and his wife Laura of New Orleans, La., Kevin Wason and his wife Eleanor of Orlando, Fla., and Danny Wason of Goldsboro, N.C. She was preceded in death by her parents, a sister, and two brothers. Memorials may be made to the Calvary Baptist Church, PO Box 449, Riverton, WY 82501. On-line obituaries are available and condolences for the family may be made at: thedavisfuneralhome.com Services are under the direction of the Davis Funeral Home of Riverton.