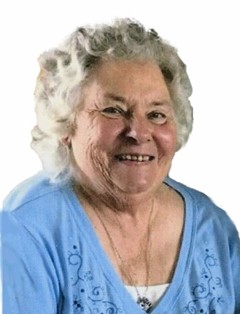 Mrs. Mendenhall passed away on Monday, November 22, 2021 at SageWest Hospital in Riverton, Wyoming.

Connie was born on March 4, 2021, daughter of Claud and Maudie M. (Stewart) Hudson in Manville, Wyoming. She grew up in Kinnear, WY with her brother and sister. She graduated from Morton High School and remained in the Kinnear area for her entire life. She attended college in Denver where she earned her certificate in bookkeeping.

Connie was baptized into the Nazarene faith and was a lifelong member of Sunnyside Nazarene Church in Kinnear. She was Missionary President, Pianist, Choir, in the Contatas for many years, and opened her home for bible studies and teen parties.

She worked as a secretary for the Wyoming Employment office and was also the secretary for Mendenhall Ranch. She worked on the ranch cutting hay, raising baby calves and taking care of cattle and horses.

Connie loved her family, all the children, family dinners, cooking for everyone and walking all over the ranch. She loved going to church, talking about Jesus and praising Him. She enjoyed playing the piano, gardening (especially veggies), planting flowers of all kind but Zinnias were her specialty. Animals held a special place in her heart especially her cats and dogs, but she couldn’t resist baby calves, birds, baby rabbits, raccoons and any animal her husband brought to her.

Memorials may be made to Sunnyside Church of the Nazarine in care of Davis Funeral Home, 2203 West Main Street, Riverton, WY 82501.