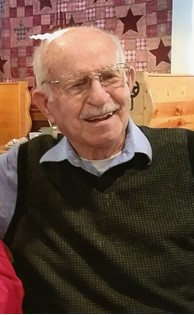 Guestbook 3
Harold L. Mattox, Sr., 92, of Riverton, Wyoming died Saturday, November 27, 2021 at the Help for Health Hospice Home, with family by his side. According to his wishes cremation has taken place and his urn will be buried with family in Edgemont, South Dakota. A service will be held at a later date.

Harold LeRoy Mattox, Sr. was born February 25, 1929 in Lincoln, Nebraska to Faye Thomas and Glenola (Dibble) Mattox. He was raised in Edgemont, South Dakota and served in the South Dakota National Guard for two years in the late 1940’s. He married Helen O. Carlson in Igloo, South Dakota on September 3, 1950. Five children were born to this union.

In August of 1959 the couple moved to Riverton as Harold took a job with Atwood Equipment. He was a mechanic working for many years for Riverton Tire and Oil, Bailey’s Auto, Chopping Chevrolet, and operated his own shop for a while. He worked as a custodian for Way of the Cross Assembly of God Church for over 20 years and at the United Methodist Church for 10 years.

Harold had been a member of the Way of the Cross Assembly of God Church since 1984 under the ministry of Brother Joe Sifuentes and with the Crown of Life Fellowship. He participated and helped with bible studies and ministries at the Wyoming Honor Farm.

His family said he loved to visit and could make friends wherever he was. He loved food, and could eat any time day or night, and offered food to friends and family when they visited ..... no matter if you were hungry or not. He wanted to cook or give you something to eat, like donuts.

Harold played his trumpet in the “Jumping Jacks” band where they played at the Elks Lodge, the Eagles Club, the Gas Light Lounge and in Thermopolis. He enjoyed playing “his horn” in the worship band at his church and would whistle and sing all the time. He also enjoyed riding motorcycles and enjoyed having coffee with his buddies weekly at McDonalds. He was young at heart and at 91 years, was riding a bicycle with his great granddaughter and great great grandkids.

He was preceded in death by his parents; his infant daughter Kathleen Ann; sister, Jean Sinclair; and daughter-in-law, Alice Mattox.

Memorials may be made to Set Free Church, or Donor’s Choice in care of Davis Funeral Home, 2203 West Main Street, Riverton, WY 82501.