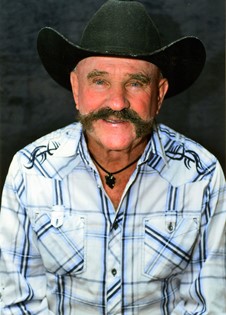 Bob was born on April 17, 1951, son of Rollie Hoyt Keller and Darlene (Clapp) Keller in Riverton, Wyoming, while the family lived on a homestead in the Hidden Valley. The Keller family moved to California when Bob was three years of age, where they lived until Bob graduated from Kearny High School in 1969 and ventured out on his own. He continued his formal education at UC Davis with a Bachelors’ Degree in Environmental Science. Bob then earned his DC in Chiropractic Medicine. Mr. Keller also obtained his commercial pilot license with love for Cessna aircraft.

As we all know, Bob was blessed with off-the-chart intelligence, passionate love for his country and the environment. Education was a high priority throughout Bob’s life; he always had a quest for knowledge.

Not only was Bob an incredible man, but he touched the hearts of everyone he met. His “Larger than Life” personality, mustache, and cowboy hat made him stand out in a crowd. Along with his “quick wit” and an enormous sense of humor, he had a lust for humankind and animals alike. Bob never met a stranger!

The ever-long sense of adventure took Bob abroad and around the United States until his passing. Bob was never one to sit idle; his passions included but weren’t limited country dancing, country music, painting, wood working, bird watching, camping, reading, animals and his friends! (Just to name a few).

Bob has spent hundreds of hours researching his family genealogy, a passion to the end!

Bob was our best friend, loved and admired by all. No one could ever forget his love; his heart was made of gold.

Just knowing Bob or seeing him added a smile to each and every one of us; we were blessed to be a part of his life!

We love you, Bob to the Moon and Back…

He was preceded in death by his father, Rollie Hoyt Keller.