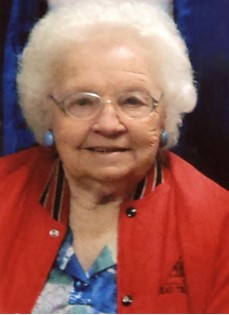 Guestbook 3
Lela M. Trehearne, 96, of Riverton died Tuesday, December 7, 2021 at her home. Memorial services will be Thursday, December 16, 2021, 1:00 p.m. at the Lighthouse Bible Church. Per her wishes ice cream and cake will be served after the service.

Lela was born November 14, 1925 raised on a farm with her parents, three brothers, and grandparents. She graduated from Eagle Grove High School in Iowa.

She married Lewis Hilyard in 1943 and two sons, James and Terry Hilyard. Lewis passed away in 1958.

Lyle and Lela lived together on a small ranch in the Arapahoe area, where they raised and fostered over 100 children. After Lyle’s passing in 2010 Lela lived on the ranch the remainder of her life. She passed away at home with many family members at her side.

She was preceded in death by her parents; husband, Lyle Trehearne; two brothers, Clarence and Donny; children, Sunny Jo and Thomas; daughters-in-law, Billie, Connie, and Debbie.