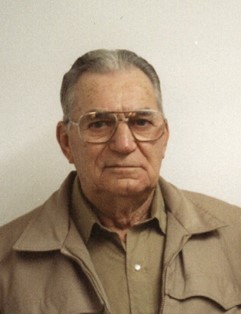 Funeral services are at 2 p.m. Tuesday, Dec. 30, at the Davis Funeral Home of Riverton. Interment will follow at Mountain View Cemetery in Riverton with military honors by the Wyoming Army National Guard.

Robert F. Wuertley was born in Medira, Calif., on Dec. 16, 1918, the son of Albert Windfield Wuertley and Rebecca Elizabeth (Young) Wuertley. He grew up in Summersville, Mo.

He served with the U.S. military during World War II.

He was retired from Amoco Production after working for the company for 27 years.

Mr. Wuertley had lived in Riverton since 1965. He had previously lived in Brush, Colo.; Kimball, Neb.; Midwest, Wyo., and Lodgegrass, Mont.

His family said he enjoyed fishing, camping, hunting, woodworking, and playing the banjo.

Mr. Wuertley was a member of the Veterans of Foreign Wars.

He was preceded in death by brothers, Howard Wuertley and Irvin Wuertley, and his parents.

Memorials in his name may be made to the Alzheimer's Society or the First Baptist Church of Riverton in care of the Davis Funeral Home, 2203 West Main, Riverton WY 82501.