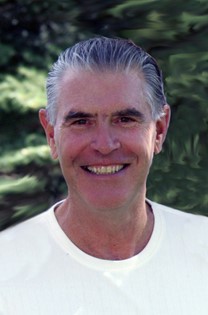 Born March 8, 1940 to George & Viola (Tremblay) St.Pierre in Adams, Massachusetts. He graduated, a first generation college student, from Massachusetts College of Liberal Arts. He married the love of his life, Margaret Nealon one week later on June 17, 1961. Together they had four daughters, Michelle, Deborah, Jeanine and Sheryl and a son adopted in love Michael Honiker.

He taught high school Science in Connecticut and Massachusetts. He completed two degrees through the National Science Foundation: A Masters in Biology from St.Joseph’s College in 1965 and a Masters in Geology from Union College in 1966 . He then taught science and had various administrative jobs at Berkshire Community College from 1965-1972.

From 1972 - 1974 he was Assistant Dean of Faculty at Bristol Community College in Fall River, MA, becoming Dean from 1974-1978. In 1975 he received his Doctorate of Education in College Administration from Nova University in Ft. Lauderdale, Florida. He was named President of Quinsigamond Community College in Worcester, MA in 1978 and served until 1980.

In 1980 he and his family moved to Riverton, Wyoming after he was named President of Central Wyoming College. He resigned from the College in 1983 so he and his wife could work together to create a mineral exploration company which they took public in October of 1983 on the Vancouver Stock exchange in Canada. They took a second company public, Riverton Resources, in October of 1984. They had gold properties in Quebec and Ontario, Canada in each of them. Riverton Resources was the highest trading company on the exchange for three months. After the market crash of October 1987, they sold the companies and worked out of Denver, CO. In the 1990’s they worked between Manhattan and The University of Gothenburg Sweden helping them to bring their patents to the NY Stock Exchange.

In 2005 he was named to the Board of Directors of Wyoming Catholic College by Bishop David Ricken. He has enjoyed his time working with WCC and helping them to gain accreditation.

He had many hobbies including, hunting, fishing, camping, flying his airplane, working with his horses, and four wheeling but mostly spending time with his family.

Services are to be announced at a later date. In lieu of flowers, donations can be made in his name to Wyoming Catholic College in Lander, WY.