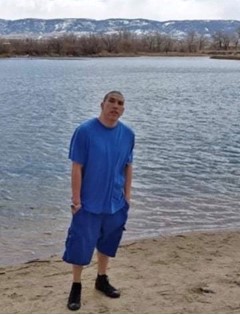 Jude James Jenkins was born on May 12, 1991 in Riverton, WY to Charles Brown and Michelle Rose Jenkins. He grew up in the Arapahoe area attending schools there. He lived on the Wind River Reservation for his entire life.

Jude was baptized into the Catholic faith.

He worked at the Wind River Casino and before had worked for Burger King and Taco Bell.

Jude loved to listen to music, maker dreamcatchers, fish, play basketball, hanging with spizz, and taking care of his children.