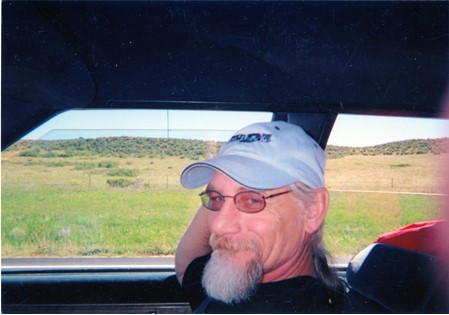 Guestbook 0
Robert Dennis Sage, 68, passed away on Tuesday, December 21, 2021, at his home in Lander with his companion and keeper of his heart for over twenty years, Gerttie Lee, by his side. At his request he has been cremated and no services will be held. A Celebration of Life is planned for the Summer of 2022.

Robert Dennis Sage was born on October 31, 1953 in Blackfoot, ID to Robert Edward and Betty Lou (McClaskey) Sage. He grew up with his three siblings, all girls. The girls called him “Dennis” and the rest of the family and friends called him “Bob”.

He served in the U.S. Navy at the end of the Vietnam War.

On July 17, 1974 he married Cheryl and together they had a daughter, Sarah Rachel Sage.

He was a painter by trade and his sister, Judy, said he has painted enough surfaces on earth to have painted his way to heaven.

When Bob was younger he enjoyed the outdoors and was always fishing and hiking with his father.

He was preceded in death by his parents, Robert and Betty Sage; mother of his daughter, Cheryl Ann Sage; and numerous aunts and uncles.