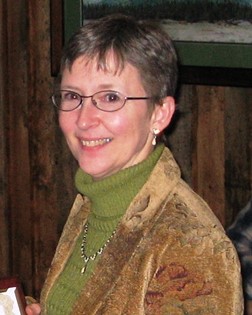 Memorial services will be at 11 a.m. Friday, Jan. 2, at Mt. Calvary Lutheran Church in Dubois with Rev. Frank Coniglio officiating.

Vickey Sue Rensberger was born in Ortonville, Minn., on Feb. 18, 1955, the daughter of Stanley Earl Rensberger and Thelma (Haug) Rensberger.

She received a B.A. in food and nutrition and accounting from Mankato State University in Minnesota.

She had lived in Dubois since the late 1970s, coming there from Ortonville, Minn. In about 1987, she and her husband moved back to Ortonville where they owned and operated a bakery for three years, moving back to Dubois in 1990.

On Aug. 21, 1982, she married Robert John Lapeyre in Dubois. They later divorced but stayed friends and helped each other raise their children.

She worked in customer service and accounting for Dubois Telephone Exchange for over 12 years and had held previous accounting jobs in the community.

She was preceded in death by her parents, Stan and Thelma Rensberger.

Memorials may be made to Mt. Calvary Lutheran Church or Little Wind Hospice, in care of the Davis Funeral Home, 2203 West Main, Riverton WY 82501.