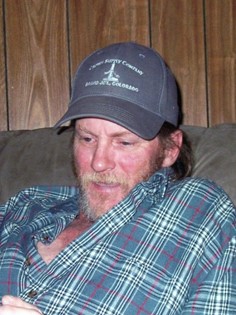 Jeff was born on May 3, 1965, son of Matthew D. and Patricia A. (Carson) Liedy in Buffalo, New York. He grew up in New York and moved to Wyoming in 1978. Jeff attended the Collbran Job Corp in Colorado for Carpentry skills. Immediately following school, he worked on oil rigs in Nevada and California at a young age before he of legal age to drive. At the age of 18, Jeff enlisted in the United States Navy serving on the USS La Jolla until he was Honorably Discharged.

Mr. Liedy was a very good provider for his family. He worked over 25 years in the oil field as a driller, tool pusher and company man. He also worked as a carpenter with different companies having been apart of the Shoshoni School build, Fort Washakie School, various homes and additions in the community.

On April 8, 2000, Jeff married the love of his life, Rita Chavez in Thermopolis, Wyoming.

Mr. Liedy enjoyed fishing, boating, camping and riding his motorcycle and was passionate about his wife.

Mr. Liedy was baptized into the Catholic faith.

Survivors include his loving wife, Rita Liedy of Shoshoni, WY; mother, Patricia Liedy of Huntsville, Alabama; 5 children; a brother and a two sisters; and numerous grandchildren.

He was preceded in death by his father, Matthew Liedy.

Memorials may be made to the Shoshoni Senior Center in care of the Davis Funeral Home, 2203 W. Main Street, Riverton, Wyoming 82501.

On-line condolences may be made to the family at TheDavisFuneralHome.com.