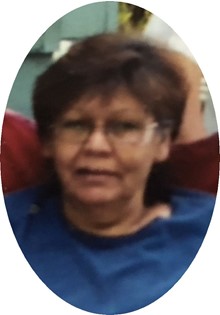 Mrs. Blackburn passed away on Friday, January 21, 2022 at SageWest Hospital in Riverton, Wyoming.

Mrs. Blackburn worked with various Northern Arapaho Tribal Programs throughout her life. She enjoyed taking care of her family and grandchildren as well as listening to country music and going to the casino.

On-line condolences maybe made at TheDavisFuneralHome.com Services under the direction of Davis Funeral Home.