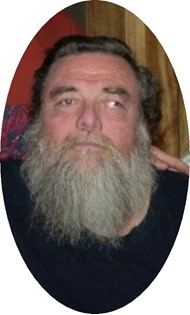 A Memorial service for Allen L. Britton, 72, will be held at 2:00 p.m., Saturday, February 12, 2022 at Davis Funeral Home. Mr. Britton passed away on January 27, 2022 at the Billings Clinic in Billings, Montana. Memorial contributions to the Special Olympics in care of Davis Funeral Home.

Allen was born on July 15, 1949, son of Lloyd E. and Emily B. (Stanford) Britton in Burwell, Nebraska. He attended Burwell Public Schools, graduating in 1968.

Mr. Britton served in the United States Air Force during the Vietnam War stationed in Cheyenne, Wyoming, Okinawa, and Great Falls, MT before he was honorably discharged in 1976.

On January 31, 1971, Allen married Judith (Schroll) on the Air Force Base in Cheyenne, Wyoming.

Mr. Britton all aspects of square-dancing including teaching, leading youth groups, starting clubs as well as serving as a square-dancing caller for 12 years. He was also instrumental in leading sock hops for the handicapped and was a member of the Moose Lodge for 15 years. The program “Say No to Drugs” could always count on Allen to dress up in his clown costume for parades and other events.

He was preceded in death by his wife; parents; brother, Carl Britton and sister, Sue Johnson.