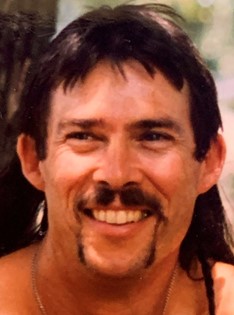 Guestbook 3
Clay Hendrix, 77, the well-known business owner of Outsportin’, passed away 30 January, 2022 at Wind River Rehabilitation and Wellness Center in Riverton, Wyoming. He had been in declining health for some time.

In addition to owning and operating Outsportin’ for nearly 40 years, Clay was an avid cyclist who inspired many to take up cycling recreationally or even become amateur racers. During his cycling career, Clay raced throughout the West. One highlight came at the Casper Classic in 1993 when as a senior rider he qualified for and later participated in multiple races in Murom, Russia, sponsored by the Russian Cycling Championships. Clay traveled overseas many times, visiting Jamaica, Denmark, Ecuador, and Israel where he made friends with whom he corresponded for years.

Known in the Riverton community as an ardent supporter of the rights of indigenous peoples, Clay volunteered on at least two occasions to help dig wells in Guatemala so local communities there could have fresh water. His other interests included cooking, studying cultures and religions of the Far East and North America, and practicing an ecologically sustainable lifestyle. Clay was known by his family and his friends as a hard worker who always stayed focused. This attitude served him well throughout his life.

Clayton Gary Hendrix was born in St. Louis, Missouri, on March 11, 1944, to Joy and Ida (Sachs) Hendrix. He graduated from Auburn University in 1968 with a degree in biological sciences and began his first career as a teacher in Orlando, Florida, then in Miami, and culminating in a year as an exchange teacher in Israel. In 1980 he moved to Wyoming to pursue his love of cycling and to begin a career as a bicycle mechanic and bike shop owner. These efforts resulted in the opening of first, Free Wheel Sports and, later, Outsportin’ in Riverton.

Clay is survived by his sister Linda Hendrix of Memphis, Tennessee, his brother Steve Hendrix of Iowa City, Iowa, nephews Greg Sloan of Raleigh, North Carolina, and Brian Sloan of Phoenix, Arizona, and niece Cindy Wolfgang of Mount Wolf, Pennsylvania. He was preceded in death by his parents and his sister, Anita (Hendrix) Ambrose.

Arrangements for the interment of ashes and a memorial service will be announced later.